Volkswagen and Mercedes-Benz are two of the most popular carmaker names worldwide. No matter where you are, there’s always a VW and a Mercedes. Over the past few years, however, the two have been in the limelight for an entirely different reason: the Dieselgate diesel emissions claims.

The Dieselgate scandal broke out in 2015 after the US Environmental Protection Agency discovered VW diesel vehicles installed with defeat devices sold to American consumers. Defeat devices are emissions cheating software and are deceiving and illegal.

After a year or so, car owners in the United States filed a class-action lawsuit against Mercedes-Benz for allegedly installing defeat devices in their diesel vehicles. The scandal eventually spread to Europe, the UK, and other parts of the world. Other car manufacturers have also been implicated, including renowned brands such as Renault, BMW, Alfa Romeo, and Peugeot.

It’s been over five years since it broke, but manufacturers continue to feel the impact of the diesel emissions scandal. Volkswagen, Mercedes, and all other erring carmakers have been paying fines and compensations, facing group litigations and class-action lawsuits. Millions of affected vehicles have also been recalled (and corrected) over the years.

In May 2022, VW finalized an out-of-court settlement with affected UK carmakers. They agreed to pay around 91,000 affected car owners in Wales and England approximately £2,100 each, totaling about £193 million. The carmaker knows that settling with their customers is the best way to avoid a lengthy, stressful, and costly court case.

Volkswagen’s Chief Legal Officer Philip Haarmann said that the VW Group is glad that the years-long litigation has finally ended. He considers the settlement an essential milestone that allows the company to move forward after the unfortunate September 2015 events. VW, however, warned that the payment does not, in any way, indicate any guilt on their part.

Legal representatives of affected VW owners are encouraging Mercedes-Benz drivers affected by the scandal to join the claim against their manufacturer.

Like VW, US authorities also discovered defeat devices in Mercedes-Benz vehicles sold throughout the United States. When the car is installed in the lab for emissions regulatory testing, these devices are designed to cheat on emissions.

Once the device detects the testing, it will automatically and artificially bring down emissions levels so these will stay within the legal and safe limits regulated by the World Health Organization. However, when the vehicle is taken out and driven in real-world driving conditions, it releases considerable amounts of nitrogen oxides at multiple times higher levels than the European Union and WHO limits.

Thus, Mercedes are alleged to have deceived and lied to its customers by marketing and selling their diesel vehicles as clean and safe when they were heavy pollutants in reality.

In 2016, a Mercedes-Benz E350d BlueTec vehicle was tested and found to have voluminous NOx emissions of up to 500%. Before this, the carmaker was ordered by the KBA or German Federal Motor Transport Authority to recall over 700,000 diesel vehicles after its four-cylinder diesel-powered vehicles with SCR filters were found to have used AdBlue technology to artificially reduce NOx emissions. Around 90,000 of the affected vehicles belonged to UK car owners.

What NOx emissions do to your health

NOx or nitrogen oxide is a gas made mainly of NO2 or nitrogen dioxide and NO or nitric oxide. It is dangerous for the environment and for human health. It affects vegetation and can damage crops and plants, stunting their growth. They also become more susceptible to diseases.

Exposure to NOx, even in small amounts, can affect your health. The most common impacts include difficulty breathing, aggravated asthma for those who already have the disease, asthma, eye irritation, headaches, loss of appetite, coughing and wheezing, appetite loss, and certain respiratory issues.

If you have been exposed to excessive nitrogen oxides, the impacts on your health are more severe. This includes respiratory tract damage, chronic lung disease, increased susceptibility to cancer, laryngospasms, cardiovascular diseases, and asphyxiation.

Exposure to NOx is also said to trigger mental health issues, particularly depression and anxiety. Some cases also had the affected individual lose their senses (e.g., sense of smell).

There is widespread evidence that regular exposure to NOx at high levels can lead to early death. The case of Ella Kissi-Debrah, a nine-year-old UK resident who died in 2013, is proof of this. She was constantly exposed to nitrogen oxides as she and her mother lived in southeast London, close to the heavily polluted South Circular Road, Lewisham. Since it was the first case of its kind in the UK, an inquest was made into her death, and in December 2020, the coroner formally announced that Ella died of a severe asthma attack due to air pollution.

The devastating effects of NOx emissions on the environment and human health and the mis-selling of their diesel vehicles are the main reasons you should file Mercedes emissions claim. You can get compensation equivalent to several thousand pounds. All you have to do is find a panel of emissions solicitors, such as the ones at ClaimExperts.co.uk, who are trained and experienced in helping car owners like you. They’ll guide you through the process and help increase your chances of winning. 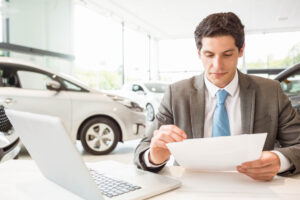 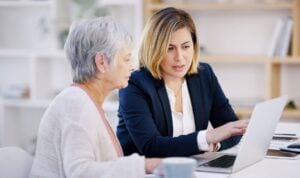 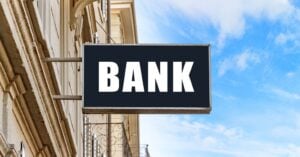